from 43 £/day
Convertible
e.g. U FORD MUSTANG CONVERTIBLE Or similar

Hire a Car at the airport Fort Lauderdale FLL

You are landing at the Airport Fort Lauderdale/Hollywood International FLL and would like to explore the surroundings with your hired car? If so, you can hire a car directly at the airport from one of the more than ten car hire companies to enjoy a carefree stay from the very first minute. Compare the conditions and prices of car hire companies at Fort Lauderdale Airport before you start your trip with Car RentalCheck, and you may even benefit from an early-bird discount and don't lose valuable travel time when looking for a local car hire.

Who would not like to experience it once - the spring break in the USA. During the break between the winter and spring quarters, Fort Lauderdale in Florida was the starting point for many students and tourists who celebrated springbreak here. So if you prefer to have a quiet holiday in spring, then better go outside of Fort Lauderdale. For those of you who like to party on the beach, Fort Lauderdale in spring is the perfect destination. It's better to leave your hired car at your accommodation, because during the springbreak it can get quite cheerful. Well, what do you think of that? Fancy an unforgettable spring in Fort Lauderdale? Then let's go, springbreak is waiting!

If, after arriving at the airport, you don't find a signposting that will take you to the car hire counters, then it is best to head towards Terminal 1, next to which there is the Hired Car Center (RCC), where twelve car hire companies have their offices.

Which Car Hire companies are there at Fort Lauderdale Airport?

Can I refuel my car at Fort Lauderdale airport?

If you have not taken over your hired car with a full tank or if you have to return it with a full tank, you will find a petrol station in both directions at the U. S. Motorway 1 after only a short driving time. However, there are also other petrol stations in the immediate vicinity where it may be possible to fill up more cheaply, so that a price comparison can be worthwhile.

Car hire at Fort Lauderdale Airport: your round trip

Have you had enough sunshine on the breathtaking beaches? Then maybe it's time to go on an adventure with his hired car, because you should at least have made a trip to the Everglades or Key West with his Southernmost Point before you leave Venice in America. But a trip to Walt Disney World, Legoland or Universal Studios is not only for families with children, but also for all those who are young at heart. Those interested in technology, on the other hand, should definitely make a diversion to the Kennedy Space Centre or spend a few hours on the outskirts of the Daytona racetrack in order to talk to a few like-minded people.

A visit to the Salvador Dali Museum or the Vizcaya Museum and Gardens, on the other hand, could be the crowning glory of the trip for all travelers interested in culture if you don't want to take your hired car on a week-long trip along the coast to Atlanta or even New York. 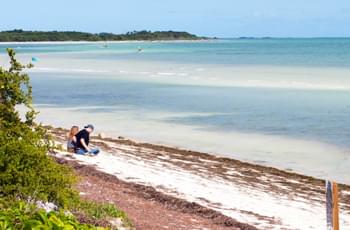 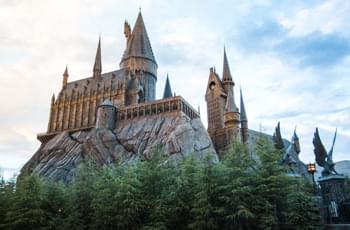 Kilometres of clean sandy beaches, crystal-clear water, a magnificent promenade where you will find plenty of joggers early in the morning and countless sports and leisure activities are just a few of the things that make the passionate flora enthusiasts come back every year. But also the FATVillage Arts District and Las Olas Boulevard are part of your to-do list when you visit Fort Lauderdales, before you drive to Miami or even Key West with your hired car.

Excursions by car hire from the airport

Bus, taxi or hired car - how to get to the city center

Thanks to its convenient location and excellent transport connections, your hired car can travel to southern Miami by U. S. Motorway 1 and Interstate 595 as quickly as northern Jupiter for a relaxing stay. However, if you don't want to take over your hired car immediately after arriving at the airport to relax after your long-haul flight, you can also take advantage of the extensive range of taxi companies that will take you to your destination at fixed prices. In addition, you can also take the bus, which stops directly at the Hired Car Center (RCC).

Whether it's Starbucks, Burger Fi or Urban Market, at Fort Lauderdale/Hollywood International Airport, where more than 29 million passengers are handled every year, you don't have to do without anything to make your time until departure as pleasant as possible. Get your suitcase wrapped up, change money, go to one of the boutiques or buy some magazines or books to read a little while you're on your way home.

Car Rental in the surroundings of Fort Lauderdale Airport