With around 28,000 inhabitants, Varadero on the north coast is one of the smaller cities in Cuba and perfect to discover by hired car. When is the best time to travel to Varadero? The best time to make holidays in Varadero and to explore whole Cuba is during winter. Between November and April there is dry season, which enables the best temperatures and least amount of rain. Where is Varadero? It is also known as the Hicacos peninsula, with Varadero extending into the country, where Juan Gualberto Gomez airport is located in the Matanzas district. Flights from all over the world land here. Every year, hundreds of thousands of water sports enthusiasts are drawn to the peninsula, which is around 20 kilometres long. Varadero is about 120 kilometres from Havana, where flights from Varadero depart.

Hire a car at Varadero Airport and explore the city!

In addition to the wonderful beaches and the crystal-clear sea, Varadero also offers nature lovers nature reserves and hiking trails through the diverse flora. Those interested in culture will find a city in Varadero, which consists mainly of buildings in colonial style. The latter alone makes it worthwhile to hire a hired car and experience the impressions of the past on a city tour.

In addition, the flights to Varadero offer numerous activities for young and old. The varied nightlife offers something for everyone. Cosy cafés, stylish restaurants and typical Cuban-style tavernas will give you the Caribbean feeling when you stop by car from the car hire on the way. 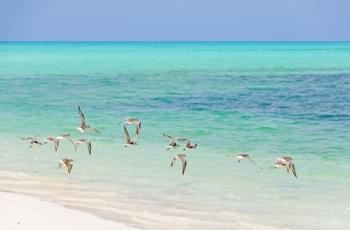 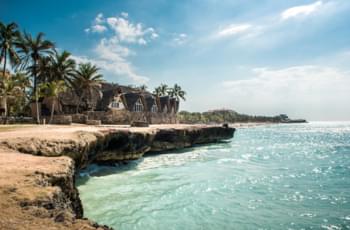 Drive to a beach near Varadero

Hire a car at Varadero airport: Compare the best offers

Car hire offers can be found in front of the airport building. As a rule, a car hire company can take delivery of the car booked online on the Car park belonging to the airport and inspect it in advance. Rental cars booked in advance will be available for collection at the time agreed in the booking on the day of arrival.

Some of the services offered by car hire companies have a pick-up point in the vicinity of the airport. This applies in particular to car hire companies that do not have a handover location at Juan Gomez International Airport. The pick-up station for rental cars is shared by various car hire companies. A popular pick-up station is also located at the "Parque Josone". This is located approximately halfway to Varadero city centre on the peninsula. Equipped with baggage and in view of the usually hot temperatures, it is advisable to take advantage of the shuttle bus service for your journey to the hired car pick-up station on the edge of the airport grounds. If you hire a hired car with pick-up at Josone Park on the peninsula, you will need to take a taxi for the approximately 30 minute drive to pick up the hired car.

However, you should bear in mind that at Varadero Juan Gualberto Gomez airport and throughout Cuba, car hire offers are very limited. In this case, it is advisable to find offers of a suitable car hire company in Cuba from home and to hire the desired car in good time.

Drive through Varadero with a convertible 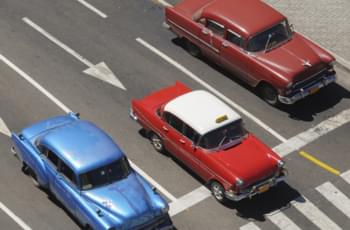 Another important factor is the tank control system booked in advance. Once you have booked a full tank, you won't have to search for a gas station after the long flight. Make sure that the tank content corresponds to the one you have booked. If the car you want to hire and have booked is not filled up, you will find a petrol station on the Autopista Sur just before the bridge to the peninsula. The journey from the Juan Gualberto Gomez airport in Varadero takes about five minutes. Other petrol stations are usually located on the highways leading inland as well as in all major cities.

Travelling on Cuban roads from VRA airport by hired car

Juan Gualberto Gomez International Airport is located in the city of Matanzas, about 37 kilometres from the centre of Varadero on the tip of the peninsula. From the pick-up station or the airport, it's about 13 kilometres on a well-maintained road that leads northwards along a country road along the coast to Varadero city centre. When you leave the main roads by car, you will often come across dirt roads. The Matanzas district from Juan Gualberto Gomez International Airport can be reached in about ten minutes by hired car. From there, so-called autopistas, which are more like expressways than motorways, lead in all directions to Havana, Santiago de Cuba, Holguin or Cienfuegos.

There's right-hand traffic in Cuba. Parking offers in and around Varadero are usually free of charge. Nevertheless, diligent Cubans earn a little money with a voluntary parking fee. It is advisable to accept their service, because for the equivalent of 1.60 euros, the public Car park will also become a secure place for your hired car.

If you should get into a police checkpoint with your hired car from the car hire company, always be friendly. The Cubans attach great importance to a nice and respectful coexistence. If you don't speak Spanish, English is usually helpful.

At Juan Gualberto Gomez Airport you can book a cheap car hire and go for a sightseeing tour directly from the airport or the pick-up point at the edge of the airport. The VRA is ideally located to start interesting tours with a hired car from the car hire company.

If you hire a car cheaply at the airport, you will get from the VRA after about two kilometers in the direction of the Autopista Sur to the Saturno cave, where crystal-clear water provides refreshment. For an adventurous experience, the Amrosio caves just before Varadero Peninsula are a perfect destination for excursions if you hire a car at the VRA. Here you will find old wall paintings and, if necessary, bats. A dolphinarium awaits you at the beach of Varadero. From the airport it's a 30-minute drive to Josene Park on the peninsula by car.

Especially Havana is worth seeing. Flights there go from the VRA daily and can be booked at a reasonable price. However, you can hire a car along the coastline and enjoy the breathtaking sea panorama as well as taking breaks at the numerous beautiful beaches.

Discover Cuba with a hired car

Street market in the old town of Varadero

Car Rental in the surroundings of Varadero Airport