Are you planning to travel to Sicily soon? That is an excellent idea! You will get the most out of your trip to Sicily if you take a hired car immediately after your arrival at Palermo Airport. In this way you can travel flexibly and independently in Palermo and the surrounding area at all times. It is best to book the hired car online in advance. This way you will get the best prices for your hired car and won't have to wait forever when you arrive at PMO Airport. In Palermo you can visit exciting sights such as the Palatine Chapel, the fountain or the Cathedral of Palermo. 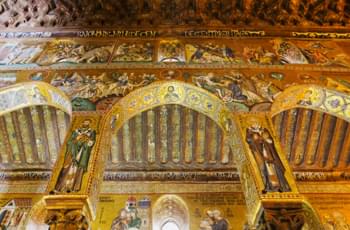 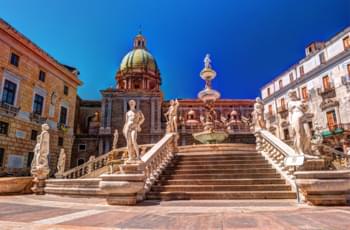 Travel to Palermo in winter

In Palermo the sun shines even in winter. So, let's get on a plane, fly to Palermo Airport and spend the winter in Sicily! It is best to take a hired car immediately after your arrival. This way you can explore the whole of Sicily from Palermo in the winter. In December, January and February you will have the island almost all to yourself. Because at this time of the year tourism in Palermo remains rather rare. In addition, you can look forward to a special feature that only exists in Sicily during the winter months: waterfalls. Marvel at the idyllic natural spectacle, stroll through the lush green nature, visit the ancient Greek temples or stroll through Palermo and dedicate yourself to Sicilian art, culture and fashion. Winter in Palermo is a feast for all senses. After an eventful day in and around Palermo, you can park your hired car and finish the winter evenings in one of the restaurants with wine and pizza or pasta. Well, how does that sound to you? Have we been able to convince you of winter holiday in Palermo?

What can I see in Palermo with a hired car?

Sculpture in front of the cathedral of Palermo

In Palermo you can visit the old town and the nearby Monte Pellegrini by hired car. Palermo is the Sicilian capital and is located on the north coast of the island. Furthermore, the city is located on the bay of the Tyrrhenian Sea, which is bordered by the approximately 600-meter-high Monte Pellegrino and the Monte Catalfano. Today the city area extends almost completely over the Golden Basin, the Palermo plain is very fertile. The old town of Palermo with the central Piazza Quattro Canti is especially worth seeing. There are baroque palaces on all four corners with almost the same structure and concave curved facades. They are adorned with statues and fountains, which are supposed to represent the Spanish kings of the city, the four seasons and the patron saints. Hire a car at the car hire for a reasonable price and pick it up at the pick up station.

The pick-up station for your hired car at Palermo Airport

The road traffic regulations in Italy are essentially similar to those in Germany. Nevertheless, you should observe various points to avoid inconvenience or even a traffic ticket. The Italian signs are similar to the German ones, but the colour is different. Signs in Italy are green, signs on state roads are blue. Signs to interesting places are brown, cities in the city center are white.

If you are travelling by car, you should observe the following speed limits:

Exploring Palermo and the surroundings with a hired car

The two markets of the city are also easily accessible by hired car. Go there by car and enjoy the selection of vegetables, fish and fruit as well as the typical Italian dishes. Here you will learn about the Sicilian way of life. Hire a car at the airport and have a look at other destinations in Palermo. You can also easily reach the beaches and bathing bays in the surrounding area with your hired car. At the local mountain Monte Pellegrino you get a unique view of the city. Hire your car at reasonable prices. 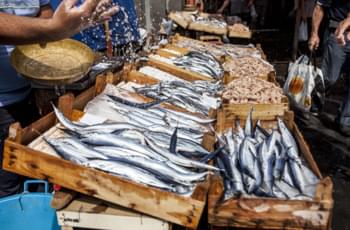 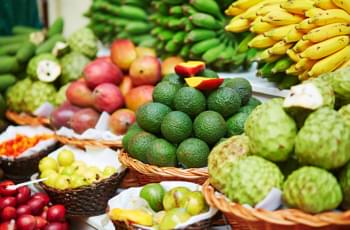 Fruit and vegetables in Palermo

Car Rental in the surroundings of Palermo Airport