from 46 £/day
Test winner
Convincing service
More than 34.000 happy customers
4,5 / 5
Cancellation free of charge
Up to 24 hours before pick-up Up to 24h before renting
We are happy to assist you with your booking!
booking@driveboo.com
Car Hire
Europe
Germany
Schleswig-Holstein
Norderstedt

When Norderstedt beckons - off in a hired car

Travel Norderstedt in Schleswig-Holstein and explore the area around Norderstedt with a hired car. If you want to enjoy a holiday in Germany, you most probably won’t regret, because Germany has enough to offer, which makes a holiday so special. We are sure that the majority of readers do not even know many parts of the country. Centrally located next to the metropolis Hamburg Norderstedt offers the optimal conditions to start your trip with a hired car. Compare easily and quickly the offers of car hire companies in Norderstedt and hire by online booking in price comparison.

In spring and summer by car hire in Norderstedt

In particular the environment of Norderstedt has so much to offer. Thanks to hired car you are flexible and independent. Examples are: 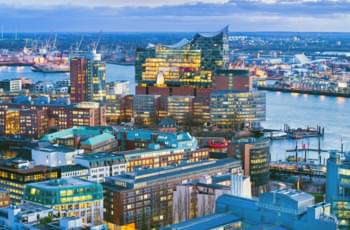 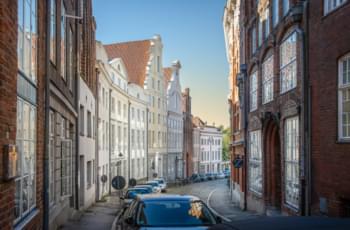 Spring and summer are perfect for a road trip. The proximity to the metropolis of Hamburg is particularly appealing. Here there are numerable sights for all kinds of interests. Also the nightlife pulsates like hardly anywhere else in Germany. Who likes it quieter, can also visit The nature reserve Duvenstedter Brook and take extensive walks. Also North and Baltic Sea are within one to one and a half hours reach. The north of Germany has just so much to offer. If you are looking for something new and want to stay in the country, you should make a note of Norderstedt with its advantages. Hire a car through Driveboo and take a city trip in spring or summer, explore the north of Germany independently and flexibly.

Why hire a car in Norderstedt?

Norderstedt is located in the south of Schleswig-Holstein and is one of the largest cities in the northernmost state of Germany and is home to 76.700 inhabitants. So it is a dinky town that belongs to the Hamburg metropolitan area, from where you can reach the state capital Kiel or even the coast in less than an hour.

What is the best way to get to Norderstedt?

If you are from far away a flight to Hamburg (HAM) would probably be the easiest way to get to Nordestedt. At Hamburg Airport get into a rental vehicle booked in advance on Driveboo and jet the 10 km or so to Norderstedt, where you can check into a hotel at a reasonable price. So you can be flexible your whole stay in Germany for a cheap price. You won’t have to worry about how to get to the places you want to visit, you won’t need a tour guide or any tickets for public transport. You also don’t have to wait on public transport or anything else. You just do you, travel to the places you want, when you want and stay however long you please to stay.

What does the hired car driver have to consider in Schleswig-Holstein?

You are probably familiar with the most important laws, if you planned to hire a car in Germany, if not you should definitely inform yourself. The most important rule of course is to obey traffic signs, otherwise, you will face penalties. If you are from abroad and are used to different guidelines, here is a list of some facts again. In Germany, among other things, there is Belted seat belt obligation and alcohol ban, driving a motor vehicle over 0,5 per mille blood alcohol is prohibited. Telephoning at the wheel is allowed only by means of a hands-free system.

What does the German fine catalog say?

We listed some of the fines that are available for traffic violations and point out that there are additional points in Flensburg:

Which insurance do I need for my hired car in Norderstedt?

For rental cars is unreservedly recommended: "fully comprehensive without deductible", because it represents the carefree all-round package. So you do not have to expect high bill sums even in the event of an accident. The liability coverage should also be high enough. We consider 7,5 million euros total damage sum to be appropriate.

Second drivers in Norderstedt? No problem!

Driveboo will immediately show whether and how high any additional costs for a second driver will be. After all, one does not always want to be the sole driver. In this respect, this desire is by no means unusual. Often, an additional driver is already included in the available offers. If this should not be the case with the offer desired by you, then this can be added against a small surcharge. This means that you do not have to drive on your own but can take turns in a relaxed manner. In addition, for a small extra charge per day, all contracted insurance automatically transfers to the additional driver.

The most beautiful sights in Norderstedt

The following is a small list of sights to marvel at in and around Norderstedt:

Car Rental in the vicinity of Norderstedt