Stuttgart is the capital of Baden-Wurttemberg and lies in one of Germany's largest wine-growing regions. The Stuttgart Ballet, Stuttgart Philharmonic Orchestra and Opera House are also part of the city. If you are a car fan, you can also visit the Mercedes-Benz Museum in Stuttgart. The Wilhelma, Europe's largest zoological and botanical garden, hosts regular festivals. Book your hired car for the airport and start your independent trip directly from the airport.

Start your spring holiday directly at the airport Stuttgart

Spring is one of the most beautiful seasons of the year, because everything gets warmer and is thawing again from the cold winter. Beautiful flowers start to bloom again and the last snow melts to give us a first taste of the upcoming summer. The temperatures are neither too cold nor too hot, just simply enjoyable. Between the end of April and the beginning of May a Spring Festival takes place in Stuttgart, which is called Cannstatter Wasen. Though it is smaller than the Cannstatter Volksfest in autumn, it still is the biggest spring festival in Europe. In 2018 up to 1,6 million people visited the festival, which set a new record. With the hired car you can easily and flexibly get everywhere in spring, even to the Spring Festival.

Stuttgart Airport is the largest of a total of three airports in Baden-Württemberg. It is located twelve kilometers from the city center of Stuttgart. Aircraft from all major airports in Germany land in Stuttgart. The flight from Stuttgart to Hamburg takes only one hour and fifteen minutes. In the meantime, numerous low-cost flights are also landing in this airport. You can pick up your reserved hired car at the airport and explore the city in comfort. The airport's IATA code is STR.

Petrol stations near by the airport

On the grounds of the airport is an OMV fuel station located, which is open 24/7. There you can fuel your hired car after you picked it up, so you can explore Stuttgart and surroundings right away. If you chose the best fuel option (full/full) at the online booking, you can fill the hired car before returning it here at the OMV fuel station. Put notice, that if you return the car empty, without fueling it first, even though you chose the best fuel option (full/full), the rental company will keep a small amount of the deposit. 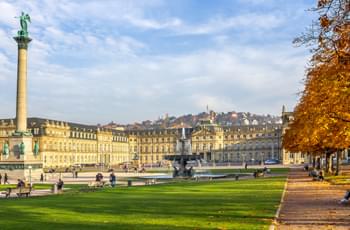 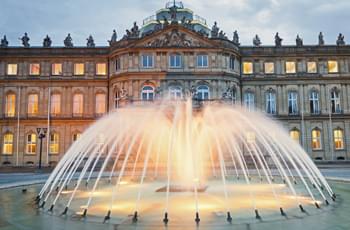 You can find a hired car easily on our website. You just indicate the filters that match your perception. Those filters include the vehicle class and type, included services and insurance benefits as well as vehicle characteristics. You also specify with how many people you are travelling and if one of your companions has a driving license, we recommend that you include an additional driver. This additional driver is also eligible to drive the hired car, so the insurances count for the person. So you can take turns with driving and you don’t have to drive all the time by yourself. You also have the option to chose one of our three service packages instead of filtering everything individually.

Hire a Car and drive through Baden-Württemberg

In Stuttgart you don't have to pay attention to any special traffic regulations. Hire a car cheaply at the airport and drive with your hired car to the special sights of Stuttgart and the surrounding area. Be aware of the different speed limits so that you don't have to conflict with the law or pay fines. In the list below you find the basic speed limits in Germany. You are obligated to wear a seatbelt in Germany, so that you should carry out every trip with a seatbelt. In Stuttgart and the surrounding area there are many petrol stations where you can refuel your hired car.

Conveniently explore the sights in Stuttgart and its surroundings

One of the places of interest in Stuttgart, which you can reach quickly and cheaply with a hired car from your car hire company, is the birthplace of Gottlieb Daimler, the Mercedes-Benz museum, which was bought by Daimler Benz in 1979 and subsequently restored. Today, the building is a conference venue for Daimler AG and a museum at the same time. Among other things, the museum houses the journeyman's work, personal items and drawings by Gottlieb Daimler.

By hired car you can drive to Leonberg Castle, because there the castle Leonberg and the Pomeranzengarten invite you to a visit. The city was founded in 1248. The former town castle was turned into a castle by Aberlin Tretsch between 1560 and 1565. Park your hired car on the grounds of the castle and have a look at the beautiful terraced garden with the Pomeranian house and fountain.
The Pomeranian garden of the castle hasn’t been used a long time and was rebuild in 1980. It’s one of the few terraced gardens from the High Renaissance period that has survived in Europe. The beds offer a colorful variety of flowers, for example spice and medicinal plants. Enjoy your time in Stuttgart. 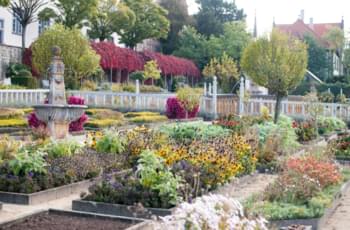 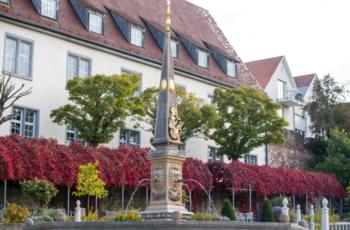 Car Rental in the surroundings of Stuttgart Airport