from 27 £/day
Test winner
Convincing service
More than 34.000 happy customers
4,5 / 5
Cancellation free of charge
Up to 24 hours before pick-up Up to 24h before renting
We are happy to assist you with your booking!
booking@driveboo.com
Car Hire
Europe
Germany
Baden-Württemberg
Karlsruhe

Car hire Karlsruhe: A charming city with a special flair

The former residential city of Karlsruhe scores with charm and cosmopolitanism. With more than 300.000 inhabitants, Karlsruhe represents the second largest city in the state of Baden-Württemberg. The largest, with well over 600.000 inhabitants, is Stuttgart, the state capital of Baden-Württemberg. The serene university city of Karlsruhe is bordered in a westerly direction by the Rhine, which is also the border between Baden-Württemberg and Rhineland-Palatinate. Karlsruhe is located just under 300 kilometers northwest of Munich and about 140 kilometers south of Frankfurt am Main. For a visit to the city, it is a good idea to explore the sights and attractions by hired car, so you can be flexible and independent.

Exploring Karlsruhe in Spring and Summer

Spring and summer are the best seasons to take a road trip, because then everything can be explored much better than usual. Below are some cities you can visit from Karlsruhe: 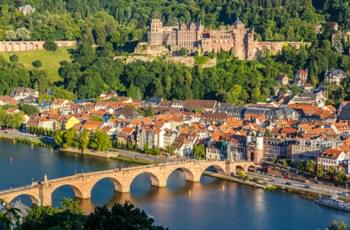 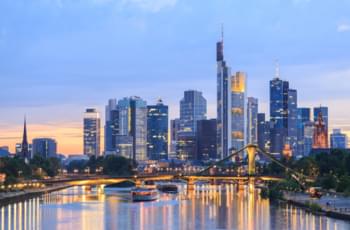 Frankfurt on the Main

With us you will find a large number of different rental cars for private as well as for professional purposes - so you have for every occasion your suitable hired car.
Ideally, you are already looking for a hired car over the Internet before you start your trip. So you get all offers for rental cars and insurance at a glance. You will find a suitable car as quickly as possible and can immediately start planning your trip. When contracting the insurance, make sure that you conclude a fully comprehensive insurance without deductible and specify a additional driver. Because this way you are on the safe side if there is damage to the car or you do not want to take on the whole distances yourself but let your travel companion take the wheel. You can set the filters that are important to you and thus select specific vehicle features, performances and models. But you can also choose between three different service packages. The deposit for the hired car in Vienna is deposited with the car hire company on site, for example at the airport. Remember that you have the option to cancel the already booked hired car up to 24 hours before the start of the rental free of charge. Here is an overview of the three optional service packages:

One-way rentals Vienna: what do you need to consider?

As the name one-way rental suggests, this way you book a hired car for one way only. That is, you pick up the hired car at a desired location, for example at the airport Karlsruhe at the car hire and then drop it off later at another station. So it could be, for example, that you arrive in Karlsruhe by plane and pick up your hired car. With this you drive then however further, in the direction of Heidelberg and Mannheim and from there you want to drive then for example with the plane again home. With booked one-way rentals, you can thus pick up the hired car at the place of arrival and later drop it off at another place. Therefore, already specify when booking on the Internet, whether you pick up the hired car at the same place, or whether you choose two different places for the pick-up and return station.

The state of Baden-Württemberg with the state capital Stuttgart was formed by the merger of Baden, Württemberg-Baden and Württemberg-Hohenzollern. From the founding of Karlsruhe until the merger of the states to form the federal state of Baden-Württemberg, Karlsruhe was the residential city and thus the cultural and power-political center of the state of Baden. This is still reflected today in the numerous historic buildings. Also the importance of Karlsruhe as seat of the highest court of the Federal Republic has its historical origin here. Karlsruhe has an outstanding infrastructure and excellent transport links. The city is quickly and easily accessible by public transport, by your own car and by hired car. Karlsruhe is a university city and offers a wide range of cultural and sporting activities. The shopping offer is also wide-ranging: large shopping markets, which cover the daily needs, and stores, where you can buy cheap, are just as available as shopping facilities for the upscale and luxury goods.

Exploring the fan city of Karlsruhe by hired car

Karlsruhe is one of the planned cities of Germany and represents the largest city in Baden-Württemberg that was planned on the drawing board. Planned city means that the city has not "grown", in example developed over the centuries from a small place, but was actually planned in its layout in terms of urban development and built on a greenfield site, so to speak. The planning for Karlsruhe came from the Margrave of Baden, Karl Wilhelm von Baden-Durlach. He had a residential city built, the center of which was the magnificent castle. All streets went out fan-shaped from the castle, which earned Karlsruhe the name Fan City. There were some settlements in the surroundings of the planned city, the region was settled in the early times. Some of the settlements are still preserved today and represent districts of Karlsruhe, such as Durlach. The individual, partly historical districts are also worth seeing, so that a exploration with the hired car is absolutely offered here. Durlach in particular has a lot to offer in this respect. The district is much older than the city of Karlsruhe itself and impresses with its charming medieval old town.

Hire a car and experience Karlsruhe on a city trip

Of course, you can get to know the city on a day trip. But this is only enough for a rather superficial impression. Who would like to get to know the charming former residential city more closely, should plan several days for the visit and explore the attractions of the city and the surrounding area by hired car. The gastronomic offerings are also wide-ranging. From the posh restaurant to the cosy pub, where you can dine well and cheaply, everything is represented. Who undertakes a city trip, would like to visit unique sights.

Taking a hired car through Karlsruhe

The journey to Karlsruhe can be made, if you do not want to use your own car, by bus, train or plane. This turns out to be favorable if you use the Driveboo price comparison to find cheap deals. Karlsruhe is only about 40 kilometers away from Karlsruhe/Baden-Baden Airport (FKB), the second largest airport in Baden-Württemberg. The largest airport in the state of Baden-Württemberg is Stuttgart Airport (STR). It is about 100 kilometers away from Karlsruhe. Those who do not want to travel without a car during their stay in Karlsruhe, even if they arrive by bus, train or plane, will gladly resort to a hired car. In Karlsruhe as well as in other cities of the state of Baden-Württemberg there are numerous offers of car hire companies. Simply enter the desired pick-up location in the search mask during your car hire search and conveniently pick up your hired car at the desired time. Whether you want to pick up your hired car directly at Karlsruhe Airport or at a station in the city, with Driveboo you book not only price transparent but also with TÜV tested security.

Car Rental in the vicinity of Karlsruhe