You hire a hired car at Chicago O' hare Airport at Driveboo.com not only at a very reasonable price, you can also equip the car with important accessories and provide it with optimal insurance when you are searching for it. All relevant hired car details can be conveniently arranged in advance of your flight to Chicago O' Hare International Airport. When you arrive, you will be expected to arrive at Chicago Airport at the chosen car hire location with a completed rental agreement and prepared car. All you have to do is make sure that all your wishes are included in the rental agreement, sign it and then receive your hired car at Chicago O' Hare International Airport at the pick-up station.

With just under three million inhabitants, Chicago is the third largest metropolis in the United States of America. The city is located in the state of Illinois on the southwestern shore of Lake Michigan and has been an important trading center of the USA for almost 200 years. Tourists have various ways to experience Chicago, but the best overview of the megacity is provided by the tallest building, Willis Tower. Not only does it offer a breathtaking panoramic view of Chicago and Lake Michigan, but also several neighbouring countries. Seeing Chicago from a completely different perspective allows you to see the Ferris Wheel on the Navy Pier.

Autumn is the ideal travel season for Chicago

You can travel to Chicago all year round, but the fall in Chicago is especially beautiful. The sun still shines relatively often in the fall months, so you can recharge your batteries and get some energy. So why not take a break and explore Chicago on your own. Because fewer tourists come to Chicago in the fall, you can enjoy the most popular attractions without the crowds. Look forward to a little more peace and quiet in September, October and November and enjoy the bright autumn colors in Chicago's parks.

O' Hare Airport is the largest of Chicago's two airports, with seven runways and five terminals connected by shuttle buses. More than 800,000 flights take place at O' Hare Airport every year, with almost 80 million passengers departing or arriving at international airports. Regardless of which terminal your flight arrives at, you must first complete the entry formalities and take your baggage off the treadmill before you can pick up your hired car at the pick-up station of your car hire company.
At ORD Airport, every car hire company is accommodated in a car hire center, which can be reached quickly and free of charge by shuttle bus from the arrival terminal. The pick-up point for each hired car provider is located on one of the car parks in the immediate vicinity of Car-Rental-Building.

Both at O' Hare Airport and Midway Airport, the pick-up point is not far from your car hire company. The pick-up points at the airport are located in the car parks around the car hire centers and are within walking distance. Once the formalities have been completed, you will need to check your hired car at the pick-up point. Especially if you have been able to hire a car cheaply, the car has to be checked for functional brakes and lights. In addition, you should have the car hire company include any damage to the body and paintwork that has already been done to the car body and paintwork in a list of defects. The process is extremely important so that the car hire company doesn't hold you responsible when you return the car. It is also important to comply with the US tank regulations. You hire a full tanked vehicle at each of the two airports and your car hire company will be expecting the car with full tank at each airport.

At which petrol stations at Chicago airport can you refuel your hired car?

Chicago Airport to the city by Hired Car

You can reach Chicago by hired car from the airport within minutes on wide highways in good condition. From Midway Airport, drive to city centre Chicago in about 20 minutes via Interstate 55. It takes about 30 minutes by car from ORD Airport to the city center via Interstate 90.

Which traffic regulations do you have to observe in the USA?

Traffic rules in the US

Cheap car hire always has a positive effect on the holiday funds, and in order to keep it that way, especially in the United States, the traffic rules have to be observed. Ask for the Illinois speed limit at one of the two airports, which is different in each state. Otherwise, the regulations are largely similar to our road traffic regulations. You drive on any lane in America and avoid overtaking if possible. During your stay in Chicago, you must refrain from driving under the influence of alcohol. The police will punish violations rigorously with high fines. For more details on traffic regulations, please contact your hired car provider at O' Hare Airport.

Explore the surroundings of Chicago by Hired Car

In the city of Chicago, many sightseeing attractions can be easily reached by hired car, but regular traffic jams often spoil the holiday pleasure. One more reason to hire a car at ORD airport and drive it to the surrounding area of the metropolis.

For example, you will have an unforgettable day in the new MB Financial Park Rosemont, which is located near the International Airport O' Hare. Here you can listen to live music by prominent artists, visit a comedy club and enjoy American and international specialties in one of the many restaurants.

A few kilometers outside the metropolis, the small town of Glencoe lies to the north. A visit to the botanical garden is particularly worthwhile. Experience the diversity of nature in a breathtaking landscape with more than 25 theme gardens. With its income, the garden supports veterans of the US Army and their relatives. Therefore, you have to pay a comparatively high parking fee for your hired car, but the visit is worthwhile.

The town is located 90 miles from the metropolis and, due to its numerous sights, is always worth a car trip with a cheaply booked hired car. Enjoy the unique flair of Japanese gardens, visit the Victorian village and visit the world's oldest Harley Davidson workshop. 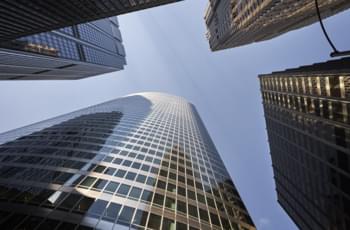 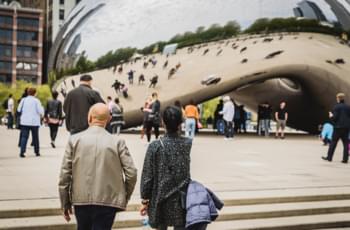 Flights to Europe are handled at O' Hare Airport. For example, if you have booked a flight to Frankfurt, you must return your hired car at Airport ORD. Your provider's pick-up station is also easy to find at this airport and a shuttle bus will take you to your flight at the appropriate terminal in good time.

Car Rental in the surroundings of Chicago Airport