from 54 £/day
Test winner
Convincing service
More than 34.000 happy customers
4,5 / 5
Cancellation free of charge
Up to 24 hours before pick-up Up to 24h before renting
We are happy to assist you with your booking!
booking@driveboo.com
Car Hire
Europe
Germany
North Rhine-Westphalia
Dusseldorf
Dusseldorf Airport

You have never been on the road with a hired car in Düsseldorf and would like to change that now? Then you should pick up the hired car you want directly after your arrival at Düsseldorf Airport (DUS). This way you can make sure that you do not waste valuable time in public transport. Book your hired carin advance online on Driveboo. Our portal compares the offers of all reputable car hire companies in Düsseldorf Airport and shows you the best price for your hired car. This way you can pick up the vehicle directly after your arrival and start your holiday relaxed.

Starting the summer from Düsseldorf Airport

Summer, the probably best season to experience a lot. Also in Düsseldorf you can experience a lot in the summer, because summer sets almost no limits. Visit the Günnewig Tower and enjoy a view of the whole city. You can also do this in July at the Kirmes on a Ferris wheel. It takes place in mid-July and attracts about 4 million people annually. However, it is crowded especially on weekends, during the week you can experience the fair without stress. If you want to have a more relaxed stay in Düsseldorf, you canvisit the open-air cinema on the Rhine on one evening, which stands from late July to late August. Or barbecue spontaneously during the day in one of the many parks in Düsseldorf with a disposable grill and enjoy your barbecue outdoors. But Düsseldorf offers so much more, which you can all easily reach with a hired car.

Where are the car hire stations located at DUS airport?

In front of Terminals A and B at Dusseldorf Airport, you will find almost all of the well-known car hire agencies and some of the lesser-known ones. From the baggage carousel to the rental station, you need only about four to eight minutes, depending on the volume of people at the appropriate time as well as the location of the arrival terminal. If you book your desired hired car already in advance online, you can pick it up directly after your arrival at one of the car hire agencies. 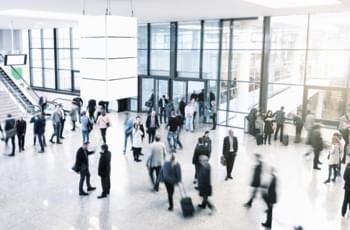 On the way at DUS airport 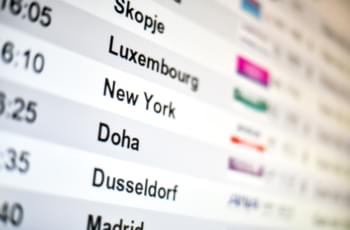 Flights to and from Düsseldorf Airport

Düsseldorf Airport is the third largest airport in Germany. It was opened in 1927 and is located directly on the northern edge of the settlement of the state capital. In terms of passenger volume, DUS airport ranks fourth (behind Frankfurt am Main, Munich and Berlin-Tegel). In 2018, over 24 million people used Düsseldorf Airport. Düsseldorf Airport is connected by 70 airlines to nearly 200 destinations in 50 countries.

Selecting your own options for the perfect hired car for Düsseldorf

Select options for the hired car itself

On Driveboo you can choose various options for your hired car. This way you can be sure that your desired car for Düsseldorf perfectly fits your individual ideas and wishes. The following filters are available for you to choose from via the search mask:

Do you already know the DUS app of Düsseldorf Airport? Simply download the app to your smartphone and check in comfortably and on time. In addition, you can also select your seat or report missing baggage.

Which sights should I not miss in Düsseldorf?

Park your hired car and stroll through the narrow streets of Düsseldorf's Altstadt. It is lined with numerous chic cocktail bars, pubs and hip dance clubs. Here you can try the local Altbier and dine in one of the restaurants. You can also find cosy cafes along the wide Rhine River Promenade. In addition, several museums are located in the immediate vicinity, such as the Schifffahrtsmuseum and the K20. During a visit, you can marvel at modern works by artists such as Klee and Dalí. 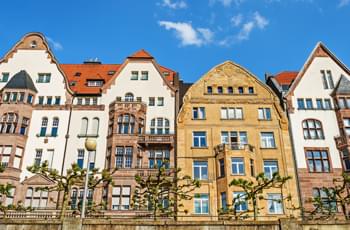 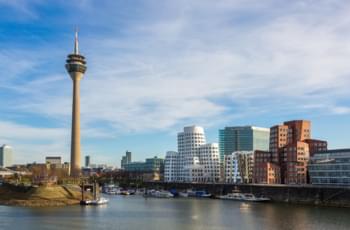 View of the Rhine Tower 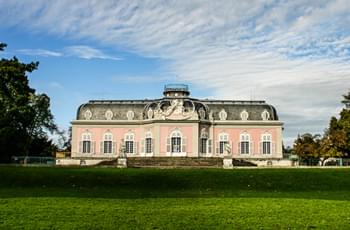 Next on the agenda could be a trip by hired car to the Rheinturm. The Rhine Tower is a television tower in Düsseldorf and at 240,5 meters, the tallest structure in the city. From the lookout platform you have a magnificent view over Düsseldorf.

Who likes to read fairy tales, should write a visit to the Castle Benrath with the hired car on his list. It is located in the southern district of Benrath and was built in 1755-1773. As part of a guided tour, you can visit the castle.

With the hired car to other German cities

By hired car, you can reach Dortmund in about an hour from Düsseldorf. Here you should not miss to visit the largest soccer stadium in Germany. If you are lucky, a football match of the BVB is taking place at the time of your trip.

When you're on the road in Cologne by hired car, be sure to head to the imposing Cologne Cathedral. It is the undefeated landmark of the metropolis of millions and one of the most famous buildings in North Rhine-Westphalia. The Roman Catholic church is a UNESCO World Heritage Site and a important Christian pilgrimage destination.

In Essen, both shopping enthusiasts and nature lovers get their money's worth. For example, you can drive to Lake Baldeney with your hired car. Here on and around the lake numerous water and other sports are offered. Try water skiing, take a spin in a canoe or try your hand at tennis. To fortify yourself, you can then enjoy coffee and cake on the sun terrace of the café. In addition, you will find a variety of small shopping arcades in city centre Essen. Park the hired car and stroll through the pedestrian zone. 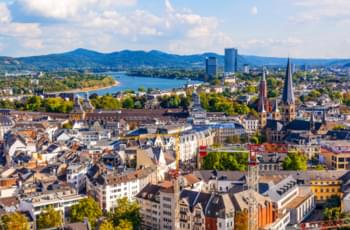 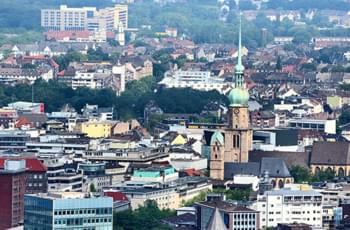 Car Rental in the surroundings of Dusseldorf Airport