from 22 £/day
Compact
Compact
e.g. Hyundai I20 Or similar

from 35 £/day
Test winner
Convincing service
More than 34.000 happy customers
4,5 / 5
Cancellation free of charge
Up to 24 hours before pick-up Up to 24h before renting
We are happy to assist you with your booking!
booking@driveboo.com
Car Hire
Australia & South Pacific
Australia
New South Wales
Sydney

Travel through Sydney with a hired car

Sydney is the largest and undoubtedly the most beautiful city of Australia. It is the capital of the state of New South Wales, located by the Tasman Sea. The city has 3.7 million inhabitants. The climate in Sydney is warm, with the average yearly temperature being around 18°C. In contrast to Europe, the warmest months are January and February and the coldest month is July. Sydney is distinguished by a huge number of tourist attractions that will be highlights of every trip to the city. Sydney itself, as well as the whole state of New South Wales, is perfect to discover with a hired car. With DriveBoo, you can compare offers of many different rental companies and choose the one that best suits your needs.

Where should I hire a car in Sydney?

Although in such a big city, hired car companies are on almost every corner, the most convenient is to hire a car directly at the airport, right after arrival. So you don't have to worry about where to pick up the hired car, how to get there and how to get to your accommodation. You can take advantage of numerous car hire companies at Sydney Airport (SYD), located in the Arrivals area of Terminal T1 (International Terminal). After dealing with the formalities and receiving the key to your hired car, you will be escorted to the vehicle in one of the affiliated parking garages. Upon return, you can park your vehicle in any of the 3 terminals, in the designated parking spaces for rental cars. You just have to follow the appropriate signage.

What traffic rules should I know before hiring a car in Sydney?

First of all, you should know that in Australia, you drive on the left side of the road. Another important fact is that penalties for road traffic offenses are very high, which is why it will always be better for you, your passengers and other drivers to observe the speed limits. Within built-up areas it is set at 60 km/h, and outside built-up areas at 100 km/h. 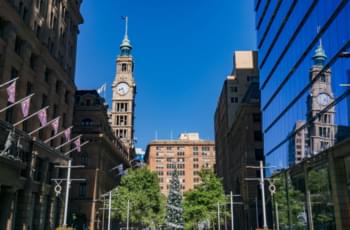 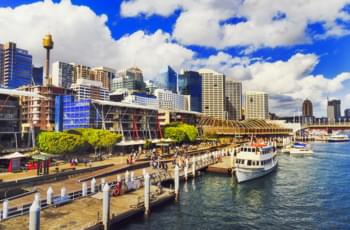 Do I need an international driver's license to hire a car in Sydney?

Only in some states of Australia, an EU driver's license will be accepted by police and car hire companies (only if it is translated into English!). However, most of the states require drivers to carry an International License. You must always carry your original driver's license with you too!

Parking a hired car on the streets of Sydney

Signs describing parking rules in Sydney may be difficult to understand for tourists not familiar with Australian traffic rules. They determine in detail where you can park, for how long you can leave a car in a given place, whether or not you have to pay for it, and also in which direction the car should be parked. In the case of parking spaces, where the car has to be parked perpendicular to the pavement, the signs determine the angle at which the car should be parked and whether it has to be facing forward or back. What is more, most roads in Sydney have at least two lanes in each direction and in the case of many of those roads, you can park your car on the lane closest to the pavement (only parallel parking) during off-peak hours. You have to park in accordance with the direction of traffic on a given lane. Breaking this rule can cost over $100.

Are there any toll roads in Sydney?

Some highways, bridges and tunnels in and around Sydney require a toll. You should also know that Australia has an electronic toll collection system. At certain points above the lane, you will find special readers which read the transponders (called an e-tag) installed in a vehicle, when it passes by. This also applies to rental cars. When hiring a vehicle, be sure to ask whether it has a transponder, which makes automated billing possible. Car hire companies will be able to provide you with information on the topic.

What emergency numbers should I know in Sydney?

The most important number in case of any emergency is 000—this way, you can reach the police, the fire brigade and the ambulance service 24 hours a day throughout the whole of Australia.
Unfortunately, in Australia you may get bitten or stung by a dangerous animal. In this case, you should call the Poisons Information Centre: 131 126.
You should remember that anyone visiting a doctor or hospital in Australia must pay the costs immediately in cash. Credit cards or traveller’s checks will not be accepted.

Exploring the area surrounding Sydney with a hired car

Those who spend a few days in Sydney do not necessarily have to stay in the city all the time. In the area around it, there are a number of destinations that are worth a day trip.
The Blue Mountains are located about 60 kilometres west of Sydney. It is a mountainous forest area with the abundant eucalyptus trees. They not only smell good, but also evaporate oil that leaves a veil-like haze over the forest, hence the name 'Blue Mountains.
The Hunter Valley is the oldest wine region in Australia. It is ideal for a nice day trip in order to hike and, of course, taste some delicious Australian wines. 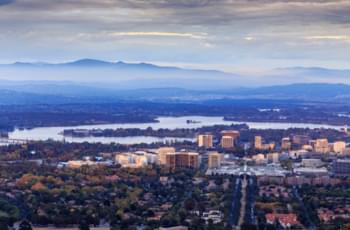 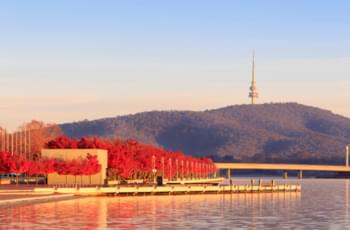 Port Stephens Bay is a grandiose bay located about 3 hours north of Sydney. This natural harbour is bigger than the bay of Sydney.
Canberra is located only a 3.5-hours’ drive south of Sydney and is thus easily accessible for a day trip. In addition to the seat of government and the Capital, there are some great museums in Canberra, such as the National Museum of Australia or the National Gallery of Australia, with a lot of Aboriginal art.

Once you've found the right hired car for Sydney, the hardest part will be to plan what to visit first and which spectacles are worthwhile. Below we have compiled a small selection of the most interesting highlights for you:

Visit Sydney in the Australian autumn and winter?

A lot of people think that you should visit Sydney or Australia in general just in the European summer. But believe us, when we say, that a trip in the European spring and summer to Sydney has as much benefits as in the European winter. For starters there won’t be as much tourists as in the Australian summer, which means that flights, hotels and rental cars will be cheaper than usual. Moreover the sights won’t be as crowded as usual. Sure, it’s a little colder than in the blazing hot summer, but still, with a windproof jacket it’s definetely endurable. The benefits of cooler temperatures are, that you can do more things and you won’t encounter gross insects, spiders or snakes. March is the art month in Sydney, if you are interested in art this month is perfect for you. The Royal Easter Show and the Australian Fashion Week take place in April. 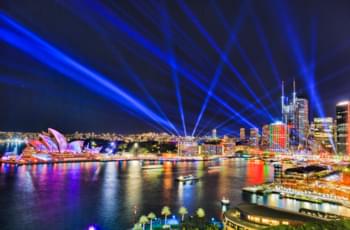 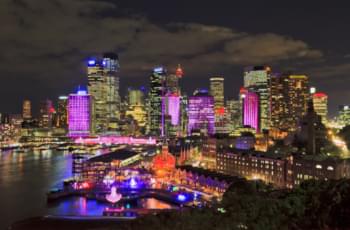 But the most beautiful event and festival in May and June is the “Vivid Sydney” festival. Vivid Sydney makes the city more breathtaking than it already is, especially if you like lights. If you plan on staying just a few days in Sydney, try to experience the last days of Vivid Sydney, to see the beautiful firework and lightshows. Every second Sunday in August you can watch the City 2 Surf Run, which is on the 5th place of the worlds biggest running events. As you can see there is a lot to discover and believe us when we say that Sydney is never boring, no matter the season.

Car Rental in the vicinity of Sydney