If you land at Mytilene International Airport (MJT) and want to explore Mytilene and the island paradise Lesvos, hire a cheap hired car. You make a very good decision if you hire your hired car directly at the airport to be mobile immediately after your arrival. With Driveboo.com, choose the hired car that best suits your plans before you start your trip and compare the offers of all car hire companies at Mytilene Airport in terms of price, insurance and equipment and set off for a carefree holiday in Lesvos right after your arrival.

If you get a cheap hired car for your spring and summer holiday in Mytilene you are free to explore towns like Vatera, Skala Sikamineas and Sigri. Listen to the best summer hits and jet along the coast. Spring and summer in Mytilene on Lesvos are always a good idea. 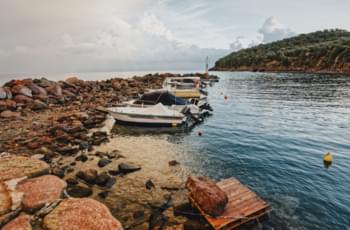 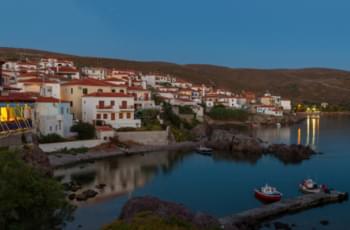 How to hire a car correctly?

You can choose different car hire models, but equally you have the option to set filters for vehicle features and services that are important to you in a hired car. Be sure not to forget the additional driver option in case you are not travelling alone. This is because they make it easier for you to swap drivers, so your travel companion is also eligible to drive the hired car and you don't have to take on the entire trip on your own. Remember that you have the possibility to cancel the hired car free of charge up to 24 hours before the rental. Just send us an email.

Are all pick up locations at Mytilene Airport?

If the car hire company you have chosen does not have a counter at Mytilene Airport (MJT), you should check with your car hire company if they will provide you with a free transfer to the rental station or if you need to add a shuttle service. However, some providers will also deliver your hired car to the airport, so it's worth taking a look at the fine print.

As there are currently only three car hire companies operating at Mytilene Airport, you would be well advised to book your hired car as early as possible so that you do not have to leave the airport without a vehicle once you arrive, as supply can be very limited, especially in the summer months, which is the high season:

Is there a gas station at Mytilene Airport?

Should you have chosen a vehicle with a fair refuelling policy when hiring your hired car, then you have made a good choice, as there are no gas stations in the immediate vicinity of the airport, so you do not have to go in search of a gas station right away. The nearest Shell gas station is located in the direction of the island's capital on "El Venizelou", although you will find two more gas stations there.

The transport connections at the airport

If you don't want to start your island adventure with your hired car, you can reach the island capital Mytilene by bus or cab. Cabs equipped with taximeters can be found in front of the terminal and the journey takes around 15-20 minutes, with a one-way ticket costing around €10. By bus you can also reach almost every other place on the island for a fare between 10€ (Mytilini) and 115 € (Skala Eressos), whereby at the latter fare the rental of a car is already worthwhile in any case.

Mytilene Airport - some facts at a glance

With just over 6,000 aircraft movements and almost 500,000 passengers per year, Mytilene Airport is not one of the largest airports in Greece, which is why the services offered at the airport are not particularly extensive. At least you can choose between sandwiches, pizza and salads as well as various coffees in the so-called Aircanteen, so you don't have to start your flight hungry. In addition, there are a few stores in the terminal and free Wi-Fi, it is also not lacking.

Hired car round trip from Mytilene Airport along the coast

Flowering oleander, rugged coastlines and fishing boats gently swaying in the water make up the charm of the predominantly agricultural island of Lesvos with its more than 40 different stretches of beach.
Reason enough to go on a round trip over the island of philosophy and art with your hired car or at least to make some side trips to the most beautiful sights.
Starting from Mytilene with the hired car towards the north, you could, for example, head for the fortress in Molyvos and continue your journey via Petra towards Sigri and take a look at the Museum of Natural History of the Petrified Forest and the Petrified Forest itself, before heading via Kalloni to the Temple of Messon and the hot springs in Lesvos.
But also a side trip to the Barbayannis Ouzo Museum in Plomari should be on your to-do list, because, who would have thought it, Lesvos produces about 50% of the total Greek ouzo production, so here, in one of the best distilleries you might want to buy a bottle of this Greek anise spirit as a souvenir.

Car Rental in the surroundings of Mytilene International Airport