Where are the car rentals at Houston Airport?

Since Houston Airport, also known as George Bush Intercontinental Airport, with its five terminals and 40 million passengers per year, is quite large, the car hire companies are located in a separate building outside the terminals, but you can easily reach them by shuttle bus in just 5 minutes. Follow the signs for Ground Transportation and keep an eye out for the exits marked Hired Car. The individual stops are listed below:

Experience spring up close in Houston

Book your spring holiday in Houston today and look forward to the blossoming life. Houston awaits you in spring with a friendly and vibrant cityscape. Stroll through city centre Houston, which is just waking up from its winter slumber. In the spring months you can do all kinds of things in Houston and the surrounding area. If you want to go further afield, hire a hired car. That way you are always flexible on the road. Take walks in nature, visit museums and enjoy the exuberant springtime atmosphere in Houston.

Which car rentals are located at Houston Airport?

Is there a petrol station at Houston Airport?

No, there is no petrol station on the airport grounds. Nevertheless, you can easily refuel your hired car on the side of Hardy Toll Rd. in the Greens Rd. at one of the four petrol stations, if you have chosen a hired car with a fair fuel option, which you have to return full tanked.

With over 70 attractions and more than 60 museums and countless parks, you can easily spend more than a week in Houston and you probably still won't have seen everything. However, if you have chosen Houston as your only destination for a tour of the United States, you should take a look at the Space Center and visit the Art Museum. But also the 20 m high, artificial waterfall, an oasis of calm in the sometimes hectic Houston, should definitely be on your to-do list. If you would like to make some trips from Houston to the nearest major cities, the following table shows a few kilometres away. 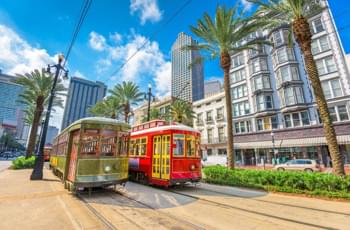 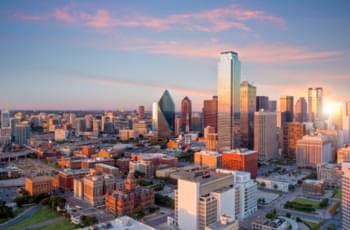 How to get city centre from Houston Airport

If you prefer to relax after your long-haul flight and want to take a taxi to the city centre, then you should go directly to the following exits, where you can reach the corresponding taxi stands directly after your arrival:

In addition, you can also take the Houston Metropolitan Transit Authority (METRO) #102 bus to the city centre in a 1.5 hour drive for as little as $1.25 per hour. Tickets are available from the driver, who doesn't give you any change, so you should have the right change ready. The departure stop is located at the southern end of Terminal C.

Have you already made a trip along Trinity Bay towards Smith Point with your hired car? If not, then it's time to take your hired car to the most beautiful destinations around Houston. Take a trip to Galveston, take a look at Sabine Lake from Port Arthur or head for Lafayette and New Orleans. But also a trip to Mexico has its charms, and you should definitely stop at Lake Texana State Park or Lighthouse Beach before continuing your journey to Corpus Christi, which invites you to long walks with its fantastic beach sections.

Car Rental in the surroundings of Houston Airport