from 52 £/day
Test winner
Convincing service
More than 34.000 happy customers
4,5 / 5
Cancellation free of charge
Up to 24 hours before pick-up Up to 24h before renting
We are happy to assist you with your booking!
booking@driveboo.com
Car Hire
Europe
Greece
Crete
Heraklion

In order to be able to hire a car in Crete and Heraklion right from the start, it is worthwhile to compare prices on the Internet in advance and find a cheap hired car there. It is also important to find the right car hire company, either at the airport or in the city. Especially in the larger metropolises of Greece there are many car hire companies that can differ greatly in their weekly and daily prices. Therefore, a price comparison on Driveboo and booking before the holiday is a great help to find a cheap hired car on the spot. It is also more relaxed for every traveler if the booked car is provided directly at the airport, you only have to get in and go to your accommodation. Many types of rental cars are available for Heraklion when booking here, whether at the airport or in the city. So the family with children can fall back on a spacious SUV, singles or couples can drive with a manoeuvrable small car quite well. In this way, the holiday starts with the arrival at the airport just a few kilometres outside of Heraklion and the desired relaxation with the hired car

Life is pulsating in Heraklion (Iraqlio), the capital of the beautiful Greek island of Crete. Heraklion is also the fourth largest city in Greece. When travelling to this metropolis, it is always a good idea to hire a hired car at the Heraklion airport on arrival in Crete. In this way, the traveller can quickly reach all points of interest and places of interest in Crete, which are not only in the city but also in the immediate vicinity of Heraklion. There are plenty of car hire companies in Heraklion, either at the airport or in the city. So you are sure to find the right car hire company for you.

Which car hire companies are located in Heraklion?

These car hire companies are located in the city of Heraklion as well as at the airport, among others:

What are the most popular sights of Heraklion and Crete?

Especially if an accommodation has been booked a little outside the bustling metropolis, the traveler quickly returns to the bustling city centre with his hired car. As the largest landmark of Heraklion, "Koules" is the Venetian harbour fortress. It was built in the 16th century and has been enthroned above the harbour of the old town of Heraklion ever since. In summer, the holidaymaker can take part in concerts and open-air events here in the evenings, which can be easily reached by hired car. From here you can also quickly reach the Venetian city wall, which nestles around the old town. After a stroll, the taverns invite you with their typical dishes and meals. As an aperitif the Greeks like to treat themselves to a "raki", the national drink here on Crete. In contrast to the rest of Greece, where people like to drink Ouzo, this aniseed schnapps is called Raki and should only be enjoyed diluted with water. After such a refreshment you are then ready for further sightseeing and the many museums of the city. So it is essential to book a hired car to capture Heraklion and its surroundings

In addition to the harbour fortress Koules, the Venetian port of Heraklion must not be forgotten. You can reach the port quickly and comfortably by hired car. But between these handsome boats there are always the small, indigenous fishing boats. Holidaymakers who are self-catering in a holiday apartment should not miss the opportunity to buy freshly caught fish directly from the fishing boat in the harbour. Since the hired car is ideally parked in one of the central car parks during a visit to the metropolis, the route continues on foot along the old city wall to the old town of Heraklion. In a triangle, it stretches for five kilometres around the city, from where you can enjoy a magnificent view of the Heraklion and the old houses and squares from all points. 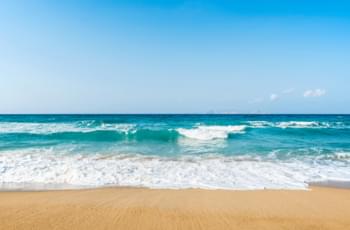 Car Rental in the vicinity of Heraklion