from 16 £/day
type/minivan
e.g. Hyundai i40 Kombi Or similar

The pick-up station for your Hired Car at Copenhagen Airport 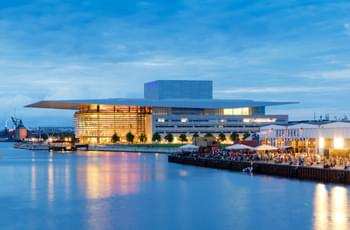 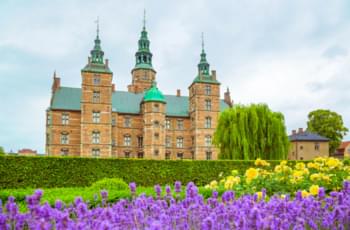 Which Car Hire companies are located at Copenhagen Airport?

As with all Scandinavian airports, Copenhagen Airport offers a selection of the best known car hire companies, which we have put together for you below:

If you have to return your hired car with a full tank of fuel because you have decided on a hired car offer with a fair tank arrangement (full/full) or if you have taken over your hired car with an empty tank, you will find three Circle K petrol stations (two at the "Amager Landevej" and one at Kystvejen 1) in the vicinity of the airport, which are open 24/7. Think about filling up the tank before returning the car if you chose the option “fair tank arrangement (full/full). If you return the car without filling the tank before a little part of the deposit will be withdrawn.

Why do you have to leave a deposit? 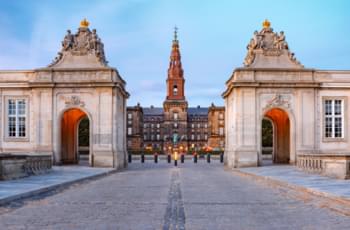 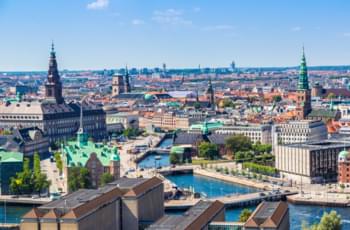 If, contrary to expectations, your flight arrives too early or too late and you want to reach the city centre of Copenhagen by public transport, then the following options are at your disposal:

Copenhagen city centre can be reached a little faster and more conveniently by train, whose tickets can be purchased at the DSB ticket counter in Terminal 3.

The underground station is located in the covered extension of Terminal 3, which runs every 4-6 minutes during the day and every 15-20 minutes at night. Tickets can also be purchased in Terminal 3 at the DSB counter.

If you want to travel from the airport by train or metro in the direction of Sweden, you must be able to identify yourself by train or metro with a photo ID. In addition, tickets cannot be purchased on the underground or on the train. Please note that the ticket vending machines do not accept fake money but only coins and credit cards.

With around 50 shops, 15 restaurants and bars as well as several conference areas and airport lounges, Copenhagen Airport leaves nothing to be desired. After the former Terminal 1 was closed in 2015, all domestic and international flights will be handled in Terminals 2 and 3, where it is easy to spend the waiting time until boarding. The five busiest intercontinental routes by passenger traffic are Doha, New York, Dubai, Bangkok and Beijing.

Fortunately, you can reach the city centre of Copenhagen in less than 20 minutes, so that you can make your way to the most beautiful landmarks and parks with your hired car right after your arrival. But Copenhagen has more than 160 sights, 30 parks and 80 museums, so a longer trip is definitely worthwhile. However, if you only stay over the weekend, we recommend a trip to Rosenborg Castle, the Erlöserkirche (before Frelsers Kirke) and the Nyhavn, a small, beautiful harbour. If after a few days it doesn't stop in Copenhagen, you can take your hired car to several other major cities in the surrounding area, which we have put together for you below.

Spend the summer in Copenhagen

The Scandinavian countries should be travelled to in summer rather than in winter, because the temperatures in winter are unbearably cold. In summer the temperatures are also not the highest of Europe, but still a lot warmer than in winter. Like that you can discover the sights and the culture in peace. You can hire for one day a bike to find some sights or the promenades. You can also swim in the sea or enjoy the sun at the beach. Do a harbor cruise or enjoy the view of Copenhagen for free on the Christiansborg Slot. Spend one day at the Tivoli-Parc and think back about your childhood or surprise your children. You could as well take a kayak course through one of the many canals in Copenhagen. As you can see there are a lot of things to do in Copenhagen in summer and this was just a little list of all the things you can do.

Due to Copenhagen's geographic location on the east coast of Denmark, it can be interesting not only to go on a round trip in Denmark, but also to undertake a large Scandinavian round trip through Sweden, Norway and Denmark.

Stay one or two nights in Copenhagen before you drive your hired car across the Oresund Bridge (charged) to Malmö in Sweden, where Malmohus, a museum in an old fortress, is already waiting for you.
Driving north on the E6, you reach Helsingborg with its breathtakingly beautiful castle Sofiero and if you don't want to stay overnight, you have the possibility to continue on the E6 in the direction of Gothenburg.
You should definitely plan a few days here, as Gothenburg not only boasts magnificent parks, but also a number of special museums, such as the Aeroseum and the Volvo Museum, which are worth a visit.
If you have enough time, you can continue your journey to Oslo from here or you can take the ferry to Denmark.

Car Rental in the surroundings of Copenhagen Airport