Start with a hired car at Cagliari Airport (CAG)

Cagliari is the capital of the island of Sardinia, which belongs to Italy, and is best explored by hired car. The city, with a population of almost 160,000, is located in the southern area and is surrounded by the Golfo di Quartu, the Golfo degli Angeli and the Campidano plain. Cagliari and Rome, the capital of Italy, have two common characteristics: both metropolises were founded a long time ago and are each built on seven hills. In addition, you can hire a cheap hired car in both places and thus explore the city itself and the surrounding area. For almost 90 years, the Sardinian island capital Cagliari has had an airport just a few kilometers outside the center. It is called Aeroporto Internationale Elmas and has the IATA code CAG. If you hire a car directly at the airport, you can explore Sardinia on your own.

Autumn in Cagliari: By hired car from Cagliari Airport

You are not yet in the mood for autumn, but would prefer to soak up the sun again? Then let's go to Cagliari in Sardinia. The autumn months are especially beautiful in Cagliari and are perfect for a road trip with a hired car. Pick up your desired model at Cagliari Airport and start your autumn holiday. In autumn you can enjoy the landscape in Cagliari and the surrounding area in an excellent way during a hiking tour. With a hired car you can reach your desired destinations flexibly and independently. Enjoy the autumn months of September, October and November, when not so many tourists get lost to Sardinia, to the fullest. Here you can relax and recharge your batteries. This will be the perfect autumn in Cagliari.

What you should check when you pick up your hired car

The right way to hire your hired car

The following points can be discussed in the airport office of the lessor of your hired car:

What are the highlights of Cagliari and its surroundings that I must not miss? 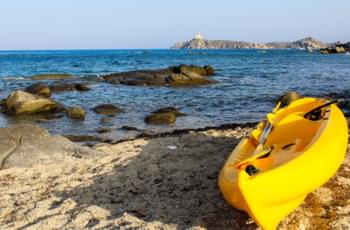 Since you are always flexible and independent with a hired car, you can explore Cagliari and its surroundings on your own. Visit for example the Cagliari Cathedral or the Museo Archeologico Nazionale di Cagliari. The Torre dell' Elefante is also worth a trip with a hired car. If you prefer to relax on the beach, we recommend Su Giudeu or Cala Regina. Here you can relax wonderfully and enjoy the wonderful weather. But also for active vacationers Sardinia has a lot to offer. Go on a kayak tour, go hiking or take part in a dolphin sighting. As you can see, there is something for everyone in Sardinia, whether you are a culture lover, sun worshipper or sports enthusiast.

What traffic rules do I have to respect in Sardinia?

If you are travelling in Sardinia with a hired car, you should always keep to the speed limits. These are 50 km/h in the city, 90 km/h outside the city and 90 km/h on highways. There are no freeways in Sardinia.

In Italy, and thus also in Sardinia, seat belts are compulsory. This obligation applies to all passengers, including dogs.

If you leave the hired car and want to walk a bit, you should know the following markings regarding parking:

The blood alcohol limit in Sardinia is 0.5, but a strict ban on drinking and driving applies to novice drivers for the first three years.

Operating a cell phone while driving is prohibited. In addition, the lights on the hired car must also be switched on during the day. For each passenger a warning vest must be carried in addition. This can be obtained at petrol stations at the border.