from 13 £/day
Compact
Compact
e.g. Hyundai i30 Or similar

from 33 £/day
Test winner
Convincing service
More than 34.000 happy customers
4,5 / 5
Cancellation free of charge
Up to 24 hours before pick-up Up to 24h before renting
We are happy to assist you with your booking!
booking@driveboo.com
Car Hire
Europe
Greece
Rhodes
Pastida
Rhodes Airport

Travel to Rhodes and discover the most beautiful beaches with a hired car. Rhodes is the fourth largest island of Greece and can be optimally explored with a hired car from Rhodes Airport. On Rhodes there live about 117,000 people and most of them in the eponymous capital Rhodes Town. The island is 38 km wide and 78 km long, so it is not too big to visit all the beautiful places with a hired car. Its highest elevation is the 1,215 meter high mountain Attavyros. With well over 300 hours of sunshine per year, Rhodes is one of the sunniest regions in all of Europe. Take a hired car at Rhodes Diagoras Airport and enjoy your holiday to the fullest. 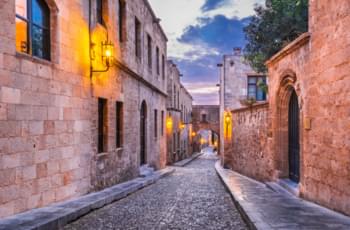 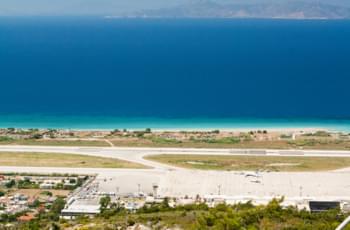 Travel to Rhodes in summer

Summer is just around the corner and you want your holiday to go to Rhodes? This is an excellent idea! There is so much to do and experience in Rhodes during the summer. How about a round of kayaking along the coast. Feel the summer sun on your skin and cool off in the sea when it gets too hot. Or go fishing. Go out with one of the fishermen and catch your own dinner. Then dance to the best summer hits under the stars until late at night. This is summer in Rhodes.

If you want to hire a car cheaply, Rhodes Airport is the right place for you, as many international hired car companies have settled here. The car hire offers are very varied and particularly cheap due to the variety of car hire stations. The pick-up station can be booked directly at the airport or in another holiday destination of your choice. It is also possible to pick up the hired car at a pick-up station, but to drop it off at a completely different pick-up station. For this you have to pay a surcharge, that the car has to be returned to the actual car hire.

As a rule, they take over the hired car with full tanks and can refuel it at the airport at the end of the trip. The major petrol station operators accept cash, EC and credit cards. The petrol station attendant usually fills Rhodes himself, so he knows exactly what kind of fuel to fill. He will certainly be very happy about rounding up the refuelled amount as a small tip for the petrol pump attendant.

In the sparsely populated south of the island, the density of petrol stations is not quite so high anymore and the road conditions are also somewhat worse. But even there you don't necessarily need an SUV or jeep to drive everywhere. With a fully refuelled car you can get around the island about twice, so it's no problem if you don't see the next gas station in sight. And the fuel is quite cheap in Greece anyway.

Sightseeing in Rhodes by hired car

Hire a cheap hired car and explore the beautiful island in the Southern Aegean Sea. 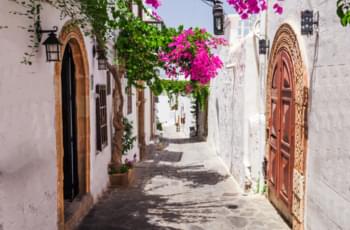 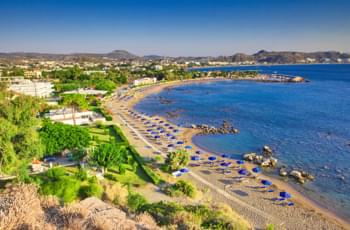 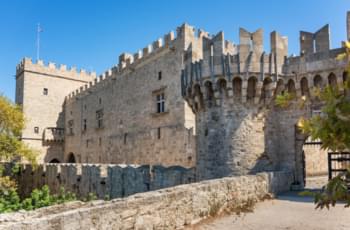 Rhodes City: The Old Town and the New Town

The historic old town of Rhodes is like a huge open-air museum. It is considered one of the best-preserved medieval cities in Europe and is also recognised as a UNESCO World Heritage Site. The Grand Master's Palace, the fortifications, the city walls and paved streets such as Ritterstraße are worth seeing. There are numerous Turkish mosques to visit.

Most of the hotels are located in the modern and architecturally completely different designed new city. A great contrast for the eye to explore. The Old and New Town are only a 10 to 15 minute walk away from each other. The pulsating nightlife also takes place in the new town and you can visit the marina, the cruise ship terminal as well as the popular and typical Greek Mandraki harbour.

By hired car to Lindos

If you want to visit the most picturesque place in Greece, you should visit Lindos. This place with its white houses nestles against a mountain slope and as a crowning glory the second largest acropolis of Greece is enthroned on the hilltop. You can either walk to this temple complex from antiquity or take a donkey taxi. From the top you can enjoy fantastic views. A "must-have" in Lindos is also the famous valley of butterflies, where it flutters colourful, wild and rarely from these delicate creatures!

Faliraki is the most popular holiday resort in Rhodes, which also has the longest beach with a length of five kilometres. It is located on the east coast and with its perfect infrastructure, it promises the finest bathing and beach pleasure as well as a luscious nightlife.

Ialyssos and Ixia are not only Eldorados for surfers but also popular holiday resorts on the northwest coast of Rhodes, just a few kilometres from the capital.

If you would like to visit the beautiful Aegean island of Rhodes in Greece, you should hire a hired car, preferably directly from the pick-up point at the airport, where you can return it comfortably at the end of your holiday. This makes you independent and allows you to explore even the most remote and secret places of the island's paradise.

Car Rental in the surroundings of Rhodes Airport