Naples, or as the Italians say, Napoli, is always worth a visit. Because here you will find partly a lively and modern city, but partly you will also feel like in a museum. For this fascinating city as well as the surrounding area, you absolutely need a hired car from a local car hire company. You can already hire it in advance cheaply via the price comparison on the internet and pick up at the pick-up station at Naples Capodichino NAP airport. Thus your holiday becomes an unforgettable journey by the center of Italy. And also to Rome it is not far from here, if you own a car of a car hire. So you can reach and visit all the interesting places and historical sites individually and independently of local tour operators or public transport. So, with a hired car found in the conveniently located car hire shop you can spend your holiday in Naples exactly the way you want. Besides the lively city with the good shopping possibilities in the famous boutiques, Pompeii or Sorrento are waiting for your visit with a hired car, which you could find and hire in advance on the Internet..

Spring in Italy: The best time to go for a trip by hired car from Naples Airport

Pompeii at the foot of Mount Vesuvius

Spring is in the air when you drive through the Italian port city in March, April or May with a hired car from Naples Airport. The city with a thousand faces is waiting for you in spring with some activities and attractions. Naples itself already has a lot to offer, such as the cathedral and numerous museums. If you are travelling by hired car from Naples Airport, you can also explore the surrounding area. For example, visit the famous city of Pompeii, at the foot of Mount Vesuvius, which is particularly vibrant in the spring months. Or jet along the coast from Naples in a hired car and enjoy a few spring days in Capri. The best way to get there is by ferry. Pack comfortable shoes and explore the beautiful island on foot. Enjoy the warm sunrays of the first days of spring on your skin while you enjoy an Italian coffee and watch the colourful hustle and bustle. Well, have we convinced you of a trip to Naples in spring?

In the heart of the densely populated city of Naples, only about 7 kilometers from the city center, lies the international airport di Napoli Capodichino NAP. It is one of the most important Italian airports, besides the Rome Airport, in terms of passengers and freight. Flights to and from most airports throughout Europe take off and land here. Although it has only two terminals, it is very busy. However, further expansion is not possible, since the airport di Napoli is located in the middle of the city. In both terminals there are counters for information, restaurants and snack bars with the traditional Italian dishes like pasta and pizza, but also cafes and bars with the traditional drinks like coffee, wine or soft drinks. There are also many small stores offering a wide range of different goods. Italian fashion is just as much a part of it as books, food or souvenirs. Especially at the airport Naples it is important that you use the baggage storage, which is offered here, if you stay for a longer time or if you go to the pick-up station of the car hire for your hired car. 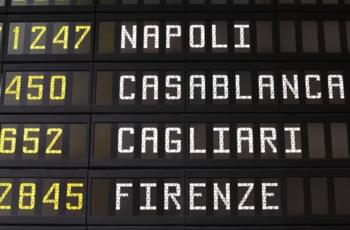 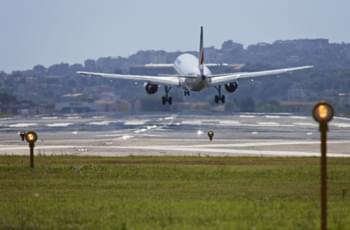 Where is the pick-up point for your hired car at Naples airport?

When you leave the baggage carousels in the arrival terminal and enter the hall through the lock, you will see the pick-up station of the car hire company for your hired car in the arrival area. When you pick up the key for your car from the car hire company here, the deposit is due at the same time, which is usually paid by credit card. After your holiday, when you return the hired car at the pick-up station of the car hire company at Naples NAP airport, this deposit will also be returned to you. You will find your car in one of the parking lots around the airport, ask for the information at the car hire pick up point where you will find your hired car.

A tour of Naples by hired car

Besides Rome, Naples is also a very fascinating big city in Italy and is also called the gateway to the south of the boot because of its location. Already the city itself has a lot to offer, which you can discover on a round trip with your hired car, which you could find and hire cheaply on the internet via the price comparison.

Car Rental in the surroundings of Naples Airport